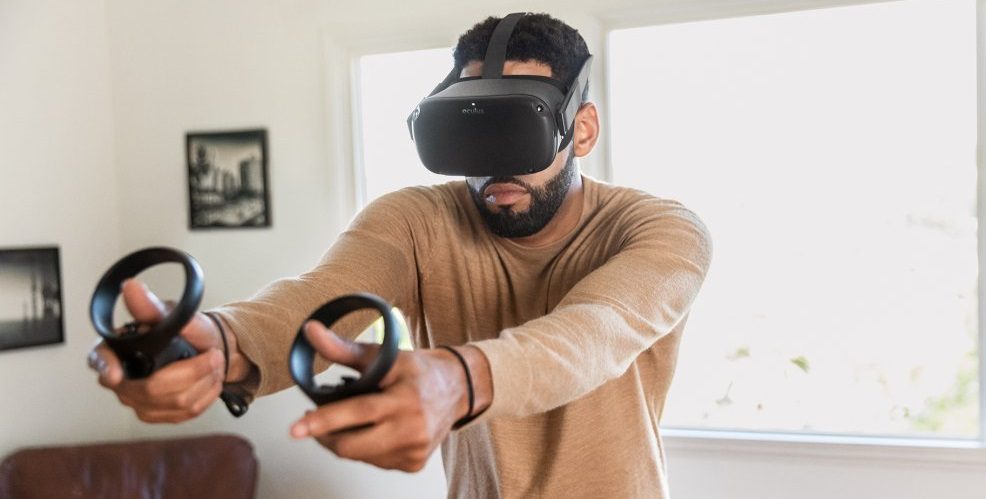 Virtual reality (VR) is a simulated experience that can be almost like or completely different from the real world. The aim of VR is to create a sensory experience for the user sometimes including sight, touch, hearing, smell, or even taste. These effects involve the use of VR headsets, a device that doesn’t allow light or images from the real world to interfere with the virtual one. VR headset suppliers include HTC, Oculus, PlayStation, and Valve.

Manufacturers have observed a surge in interest during the coronavirus (COVID-19) pandemic as mainstream users, particularly those quarantined at home, are exploring new things to do. However, supply shortages have arisen, notably for some of the most sought-after devices like the Oculus Quest. This has been compounded further by increasingly strong demand for VR technology from businesses. 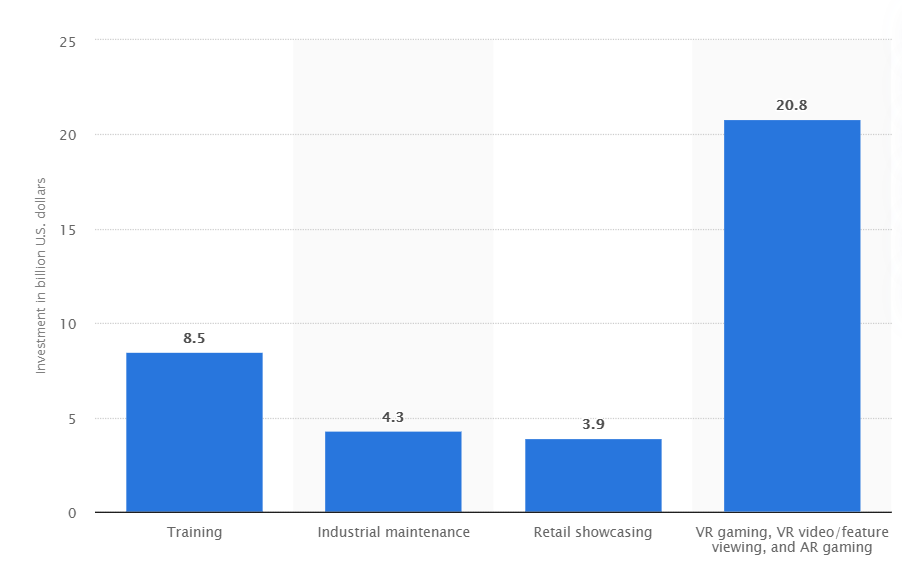 The use of VR in an enterprise setting can often be seen through its use within training exercises. examples of these include scenarios where new employees are being trained on important, technical machines and equipment – taking these out of service for training purposes would be an expensive and disruptive process for a business, with VR stepping in to alleviate this issue.

Augmented reality (AR) can also be used to help improve efficiencies in a company, particularly with ‘see what I see’ capabilities for remote assistance, as well as the overlaying of knowledge on the physical world image. On-site assembly, safety, in addition to industrial maintenance, are all use cases of AR that are expected to see strong growth in the coming years.

Artificial intelligence, Augmented reality, and computer games have entered the business world long back and proved their potential individually. But, this year onwards, developers and business leaders will look forward to discussing the potential of their collaboration. they’ll explore getting a clear idea of how advanced machine learning algorithms and other AI methodologies can aid computers and other devices in visualizing things and understanding them effectively.

This will further cause the emergence of highly interactive workspaces and improved image recognition facilities.

In the past few years, a major rise has been experienced within the popularity of virtual celebrities like Activ8’s Kizuna AI and Brud’s Lil Miquela. These fictional characters have appealed to consumers and have become their virtual influencers. A result of which is that their market potential is predicted to increase in the coming years. Business leaders and marketers are expected to incorporate these avatars into their business processes not solely for attracting users, but helping them in navigation inside/outside the physical store, add a tint of beauty to their overall experience, and more.

5G, by offering a super-fast mobile network, will increase the pace of data transfer to the cloud, it’s processing and formation of a virtual image which will later deliver an enhanced virtual experience to the consumers. What’s more, the technology will boost the experience level even in low-bandwidth, low-powered environments. Making it possible to enjoy the better augmented experience with cheaper headsets and devices too.

Till now, the AR experience was limited to mobile devices. One should download and install mobile applications to get into the Augmented world. But now, WebAR has come into existence. As depicted from the name, this will facilitate users to interact with augmented reality in the web-space. it’ll enable them to get exposure to AR on Google Chrome, Mozilla Firefox, or other such browsers regardless of which device they run upon, resulting in lower barriers to its usage and better overall experience.

AR, MR, and VR are revamping the healthcare industry by fulfilling different purposes independently. But, this year onwards, the three will merge together to bring out the best of the opportunities. From now onwards, healthcare and medical practitioners will be able to ‘swipe’ between these three technologies within a similar application. this will facilitate them with higher efficiency, productivity, as well as enable them to relish the perks of various use cases at the same time.

Worldwide spending on AR/VR solutions will be led by the commercial sectors, which will see its combined share of overall spending grow from less than 50% in 2020 to 68.8% in 2023. The commercial industries that are expected to spend the most on AR/VR in 2020 are retail ($1.5 billion) and discrete manufacturing ($1.4 billion). That said, these figures are estimates based on surveys held between 2018 and 2019. it’s yet to establish the effect the recent pandemic has brought upon this sector. Education and a few professional sectors are going to be benefited from the advancement of AR/VR in terms of technology and economic feasibility.