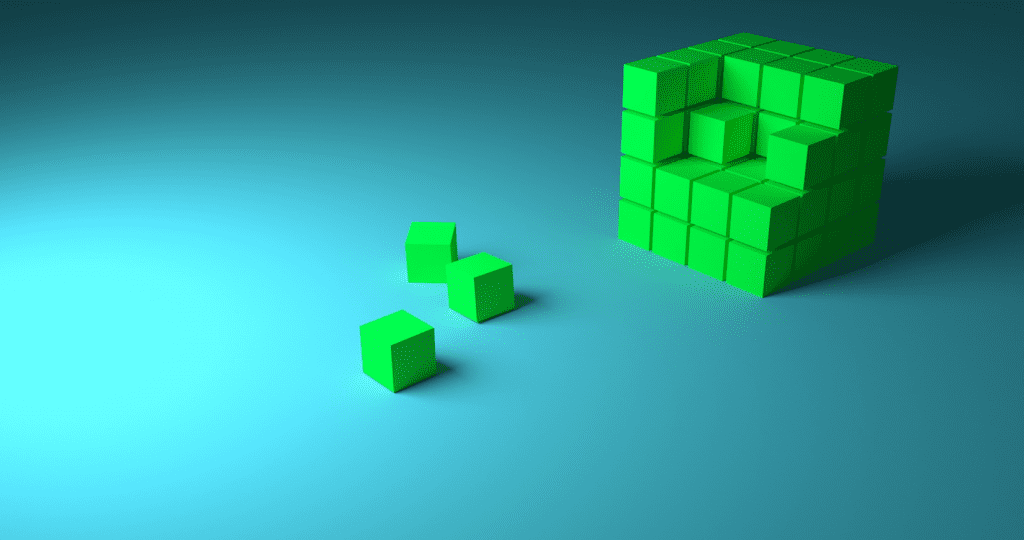 Microservices is one of the most popular tech buzzwords – is gaining a foothold in enterprises of all sizes. Major companies, from Netflix to Spotify have acknowledged and promoted the values that microservices can provide. However, not many have a proper idea of microservices.

What are microservices? And what does a microservices architecture mean to application development in today’s enterprises?

Microservice Architecture (Microservices) is a method of developing software focused on building single-function modules. Microservices are a way to create applications that break down monoliths into smaller, individual services, that can be changed and developed independently from one another. Organizations that use microservices can see dramatic increases in agility and productivity because development is independent of any specific coding language. In other words, development teams are able to use the language tools they’re most comfortable with and still achieve synergy within the application development process.

Why the buzz around Microservices?

Let’s briefly explore the evolution of software architecture to understand.

Towards the end of the 90s, most software were monolithic. In a monolithic design, the user interface and the data access code are combined into a single, self-contained program. Monolithic software design being self-contained, the interdependent nature posed a potential threat such that a failure anywhere in a program can cause the whole application to come crashing down. Some other issues that posed challenges:

Microservice Architecture (MSA) is a variant of SOA. In fact, some consider the MSA and SOA to be one and the same. Nevertheless, microservices are hogging all the attention at present. 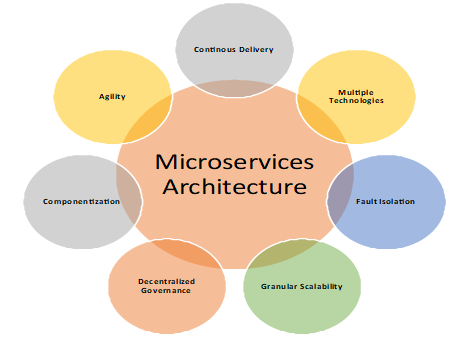 When people talk about MSA they’re generally referring to software design that includes the following characteristics: 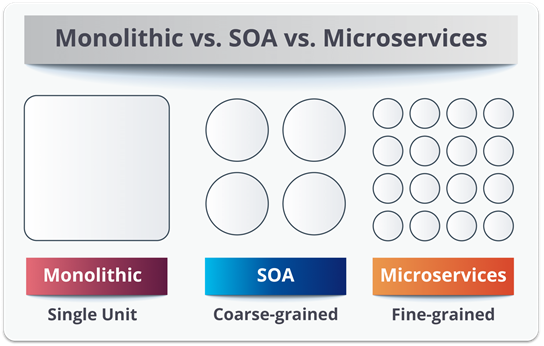 MSA views services purely as functional, unlike SOA which views them as distinct (as explained below).

Application Services: Confined to a specific application context, having a dedicated user interface to directly invoke the services.

Infrastructure Services: Implement non-functional tasks such as authentication, auditing, security, and logging, invoked from either application services or enterprise services.

Infrastructure Services implement tasks such as auditing, security, and logging as in the case of SOA, though they are not unveiled to the outside world.

While microservices offer distinct advantages over monoliths, building software from scratch as a monolith and then moving toward a microservice approach makes more sense. If development time is not an issue, taking a microservices approach from the beginning avoids the effort and expense of later refactoring. You could weigh the pros and cons of absorbing the time costs of starting with microservices versus delaying those costs and beginning with a monolith. Finally, it all comes down to the priorities of the company and its project.