In one of our recent projects, we have developed a web application for playing weekly real-time quiz online between a group of people. The number of people playing concurrently depends on the number of people signed up for the current week game. So it was needed to test the current architecture to find its limits. Our web app primarily uses Azure SignalR for real-time communication. The web app is written in .Net Core 2.0. Azure SignalR primarily uses the WebSocket protocol to establish a persistent connection between the client and the server. After lots of deliberation, we ended up selecting JMeter to record the HTTP traffic as well as the WebSocket traffic and then mimic clients by using a tool called Redline13.

Note: If you are looking for replicating transport types like Server Sent Events or Long Polling in SignalR,this blog does not discuss it and only deals with WebSockets transport type in SignalR.

The first step is to record the HTTP traffic inside your website. The process of recording HTTP traffic is pretty straight-forward as explained in this blog post.

In case you are not familiar with JMeter, have a look at this post.

Once Step 1 is done, you have to record the WebSocket communication between the server and the client.

Unfortunately, there is no in-built support for capturing WebSocket traffic in Jmeter but third-party plugins are available for creating WebSocket connection, reading the incoming messages and sending a message to the server.

At the time of writing this blog, WebSocket Samplers by Peter Doornbosch is the most comprehensive of the lot and we used it.

Note: All JSON messages must be terminated by the ASCII character 0x1E (record separator). 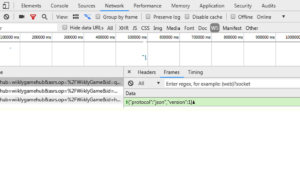 Now that we have added all the network requests. According to the properties of your web app, you could use different JMeter features to exactly replicate user behavior on the website. 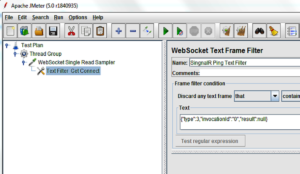 STEP 4: Increasing the Users and Testing in the Cloud 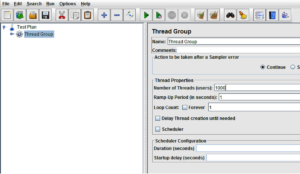 Now that we have completed the request flow for one user, it’s time to magnify the number of users by increasing the thread count in the JMeter script. 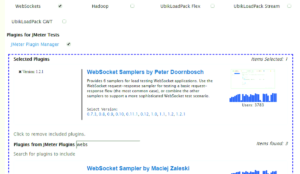 Thus, the combination of JMeter and Redline13 can be a right fit to performance test a complex web application for finding its limit scenarios.