Technology and the inclusion of LGBTQ+ community 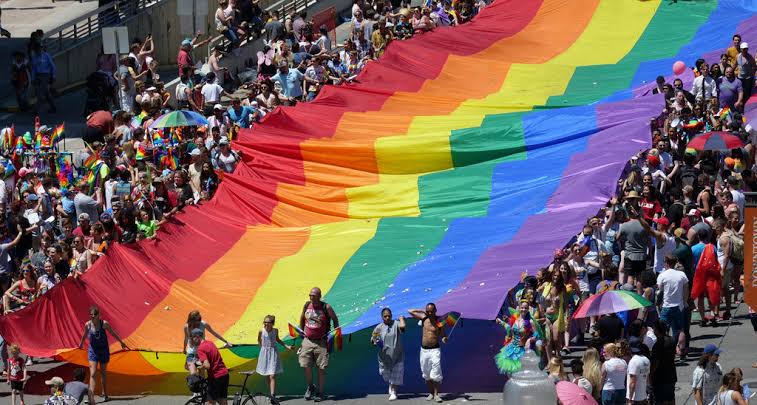 I am what I am. So take me as I am.
-Johann Wolfgang von Goethe

Today more than ever, we as a society are diverse, informed, and aware. We realize the significant need to leave behind the outdated concepts, to embrace the idea of individuality and self-expression. Even then, expressing gender choices and revealing one’s true self is looked down upon. We live in a world where everyone is presumed to be heterosexual or straight and everyone else who doesn’t comfortably fall into that gender category is a misfit. The hostility and lack of understanding from the larger society, family, friends, or colleagues is an ongoing challenge and lifelong struggle.

In order to boost the self-esteem and self-confidence of the community, Pride month is celebrated as the coming together of love and friendship, to show how far the LGBTQ+ community has come and to reflect on the work left to do. The month of June marks Pride Month with campaigns, concerts, marches, and parades across the world, to educate people about the LGBTQ+ movement and its significance. Commemorating the 1969 Stonewall Riots and the protests for the acceptance of the LGBTQ+ people to be open about their sexuality without the fear of life. The month is all about acceptance, awareness, self-affirmation, dignity, visibility, and equality of rights of the LGBTQ+ community, and of Pride History.

In recognizing and uplifting the LGBTQ+ voices, modern technology has certainly played an empowering role in creating an inclusive space that allows LGBTQ+ people to connect with each other beyond geographical and physical boundaries. Digital technology has the power to affect change and usher in progress highlighting the injustices faced by the community. Technology providers address the situation of senseless violence against the LGBTQ+ community with apps, websites, VPNs, and more. Dating apps such as Her, to online communities like Meetup have provided a platform for LGBTQ+ people to discover one another. In an effort to curb harassments, dating apps such as Tinder has introduced functionality to prevent the profiles of those who identify as gay, lesbian, bisexual, queer, or transgender. GeoSure, a travel safety application provides  information on required locations, helping the members understand the likelihood of harm and discrimination at the particular location. Express VPN is another popular tool that LGBTQ+ individuals can use to protect their identity online while interacting in digital spaces. Misterbnb, a travel app is dedicated to connecting LGBTQ+ travelers with an aim to eliminate the risk of homophobic abuse abroad. Gaycities is an interactive map that essentially indicates where you would find a welcome in the new place free of the homophobic risk. The Rainbow Campaign is an empowering global LGBTQ+ crowdfunding platform for growth that supports the individuals and businesses in the queer community. Blockchain is the recent technology that has carved out the niche for the LGBTQ+ community, the LGBTQ token is a form of cryptocurrency that hopes to harness the community’s economic clout. LGBTQ+ Experiment is a website that aims to shed awareness into the questions about sexuality, gender, sexual orientation, and more. EmptyClosets is another monitored online forum and chat room community for teens 13 and older to discuss coming out, and about sexual health. Another wellness support group The Tribe offers a non-judgmental environment and safe place to discuss the challenges they face and establish a sense of community. Technology has made it easier for the people in the small villages or rural areas to interact and connect.

Even small changes such as the inclusivity in the emojis are a positive reflection of the imperative change. Apple catapulted the change with inclusive emojis way back in 2015 and recently introduced the gender-neutral versions of nearly every human emoji in the system. Similarly, Facebook launched the rainbow flag reaction emoji during Pride Month a few years ago. Social media platforms also provide critical opportunities for the LGBTQ+ community to enhance their well-being and encourage them to explore their identities and connect with people around the world. In terms of content creation, from movies to television, to music videos, to podcasts, and more, the increasing number of focused content of LGBTQ+ issues is a welcoming change. Such as the curated LGBTQ+ playlists offered by Hulu and other streaming services , podcasts such as Savage Lovecast in iTunes, movies such as Call Me By Your Name, Moonlight, series such as Euphoria, Sex Education, Modern Family, and more.

There is no doubt that technology can improve the lives of the LGBTQ+ community but to eliminate the bias and prevailing hatred, we should hold ourselves accountable for our actions and words. Welcoming changes such as the decriminalization of homosexuality in India, inculcation of LGBTQ+ individuals in the heterogeneous workspaces, portray the changing landscapes of an inclusive society build for the future.

Regardless of your sexual orientation, you can be an ally and support the LGBTQ+ community.  Campaign for change and be part of virtual Pride Day celebrations around the world.