Video games have long been thought of as a sedentary activity that has little to do with physical health or well-being. However, integrating Virtual Reality and video games to inspire health and exercise, on the other hand, is a new frontier in the pursuit of fitness that is gaining popularity and will most likely be available in a gym or at your home in the not-too-distant future. This article will walk you through the science behind Virtual Reality, how Virtual Reality fitness differs from traditional forms of exercise, its pros and cons, popular VR workout applications, and the future of Virtual Reality in fitness.

“There are as many applications for VR as you can think of, it’s restricted by your imagination.”

For some, exercise comes more naturally. They crave the exhaustion and the endorphin rush that comes with it. The rest of us need a bit more encouragement and coaxing. Fortunately for them both, Virtual Reality exists.

With enhanced technology and opportunities, Virtual Reality has progressed well beyond gaming and is now branching out into fitness. Virtual Reality fitness, commonly known as VR fitness, uses technology to immerse individuals into a new, virtual workout environment where their body effectively serves as the controller. That is, if your avatar is in a boxing game where he or she must throw punches, you will also do so in real life.

So, fellow fitness buffs, let’s have a look at the world of Virtual Reality fitness.

Virtual Reality is a simulated experience that can be similar to or completely different from the real world. Virtual Reality fitness is the concept of using immersive VR development technology to create a whole new workout experience anywhere anytime. The application usually comes with a boxy headset that blocks out light from the real world and immerses the user right into the heart of a virtual world where they can play everything from bowling and boxing to shooter games and other cognitive challenges.

When you put on the VR headset and grab the hand-held devices, you’re ready to punch, kick, swing, slide, slice, or swipe your way to an engaging and interesting workout that can help you get rid of boredom and burnout from other more traditional workout options. Rather than sitting and watching your avatar move through space on a screen as you would in traditional gaming, here you can create the motions you want to see your virtual persona make with your body.

Now, let’s take a look at how Virtual Reality fitness came to be.

VR fitness arose from the notion of exergaming, which refers to playing video games with full-body movements. To put it simply, in order to play the game, individuals must be physically active or perform a workout. Foot Craze for the Atari and Power Pad for Nintendo were the first versions of this to be launched in 1980. 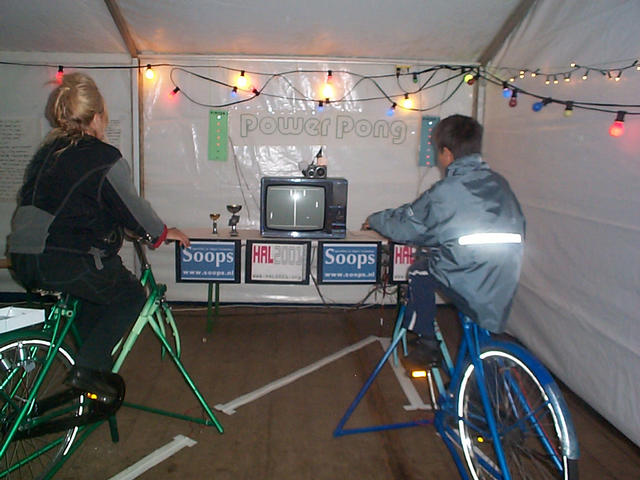 Unfortunately, they were not well-known until Konami’s Dance Revolution was launched in 1998. This was only the beginning of fitness games, and then came Wii Fit, which changed the game in the world of exergaming. It has such an impact on exergames that it is now widely employed in many health clubs as a Virtual Reality workout. Soon after, Wii Fit was joined in fitness games by EA Sports Active and Nike+Kinect Training for Xbox.

There had been no hint of VR fitness games up to this point. However, with the advent of the Oculus Rift in 2012, things began to change, and the struggling VR technology became popular. When The Washington Post and the BBC debuted immersive VR experiences in 2015, people were excited, and the market was saturated with VR games and Oculus quest workouts. People began to play and enjoy them, and VR became a vital element of fitness and training in many people’s lives.

This is how the VR fitness quest began.

Why should you start using VR for your personal health & wellbeing?

Strap on your headset and grab your controllers, it’s time for a VR Workout.

Sweat it out: VR Fitness Applications

One of the most successful VR workout applications emerged as an accident. Beat Saber uses virtual lightsabers to slice through blocks in sync with a song. The physically demanding game turns out to be an excellent cardio workout.

Depending on how much you enjoy it, as well as how frequently and for how long you play, you might develop the habit of being more physically active than you would otherwise. It’s important to remember that Beat Saber is largely a game, it doesn’t offer much to teach you the proper way to exercise. Some of that may have to be done on your own.

If you enjoy the Beat Saber workout but want to be more proactive in attaining the greatest version of that workout, Supernatural may be more your speed. The game is similar to Beat Saber in that you swipe through orbs while listening to music with virtual sticks. Unlike Beat Saber, this game is intended to motivate you to work out.

As part of each song, it forces you to do squats, lunges, and other motions. Virtual trainers may also appear from time to time to teach you proper form for the routines you’re undertaking. Every day, new workouts are added, and it even includes guided meditation surroundings and an online scoreboard.

Dance Central may be more your pace if you want to get your exercises in with a full-body dance session. This software functions similarly to earlier Dance Central games, which used Microsoft’s Kinect device to measure movement. Instead, you utilize a VR headset and controllers in this version of the game.

The aim, like in prior games, is to duplicate on-screen dances as precisely as possible. Because your score is determined by how effectively you mimic the dancing steps, the game performs a better job of conditioning your body to perform the correct motions rather than relying on basic wrist movements. Dance Central, like Beat Saber, is a one-time purchase, thus there is no need to pay for a subscription. This makes it an appealing alternative to other fitness-focused applications like Supernatural.

FitXR is a virtual fitness club that combines Virtual Reality with total body workouts created by leading fitness experts. FitXR offers workout courses in three different studios: Box, Dance, and HIIT, all with the goal of making fitness more enjoyable and accessible to everyone.

FitXR is inspired by the power that comes from exercising together and brings this to life through a Multiplayer function that allows up to seven people to work out together in real-time. FitXR also keeps its material fresh by adding a new class every day, as well as new trainers, new music, and updated workout surroundings.

Available on the Quest Platform, HOLOFIT connects to any rowing machine (through Bluetooth or headset-tracking) as well as any bicycle or elliptical with an additional cadence sensor. If you don’t have any home workout equipment, HOLOFIT Freestyle allows you to imitate jogging, rowing, skiing, and cycling using only your body weight in a range of distinct VR settings.

Paddle in Antarctica, ride through San Francisco or even work out in space to achieve those childhood aspirations. You can proceed at your own pace or join a guided HIIT workout to increase the intensity.

Now that you’ve got your VR fitness application, let’s go over the pros and cons of VR fitness.

As with every new technological innovation, there will always be critics and naysayers that must be sorted out. The massive cost of Virtual Reality exercise is unquestionably the elephant in the room. At the moment, few gym franchises will be willing to spend that much money on a Virtual Reality training studio. If businesses do begin to use this technology, they will almost certainly try to recoup their investment as quickly as possible. This might drive up the cost of Virtual Reality lessons, or even worse, gym memberships. But don’t overlook the positive aspects and countless benefits that VR exercises can provide.

Why Virtual Reality Fitness Training is better than ever and what’s next in store?

According to Supernatural founder Chris Milk on the future of fitness, “Fitness is the killer use case for VR. It will be the first driving force of mass adoption through a normal consumer audience. Just as an example of what we’re seeing from our membership base, we’re 50/50 split, women and men, where I think over 60 percent are over 40. This is not what a typical VR demographic looks like.”

“What this technology is going to do is open exercising to maybe a younger demographic,” says Colin Grand, CEO of the Wellness Empire Pure Group.  This might have far-reaching consequences, especially given the precipitous rise in childhood obesity. The gamification components of the technology may also attract folks who might otherwise avoid the gym or exercise in general. Accumulating points for completing exercises, achieving a high score, or racing past a virtual opponent on your exercise bike might all add a concrete element of excitement to working out.

Innovation, as they say, is the mother of invention. Some five years ago, VR workouts and VR fitness exercises were not something people would even try. But now things have changed, as a result of the pandemic and other events, VR-based activities have grown in popularity and mainstream.

VR exercise studios, according to industry research, will be the norm in a decade or two, becoming as common as cell phones. We could even see the fitness sector expand with Virtual Reality gyms, VR workouts, VR fitness exercising games, and actual gyms that provide VR-style exercises—sort of like a 21st-century health arcade.

Let us wait and see what the future holds for VR.